The A-list comedian Amy Schumer is ready to bring her brand of comedy into Saenger Theatre to a "whore new level" this fall as she stops in the famous New Orleans venue for her "Whore Tour 2022." The 40-year-old comedian is going to tickle the funny bones of audiences again through the subversive feminist humor she famously inserts in her standup acts. Grab your tickets now and prepare to laugh at her and with her as she narrates her adventures and misadventures in dealing with everyday life scenarios dealt in a very crazy, insane, and exaggerated way! 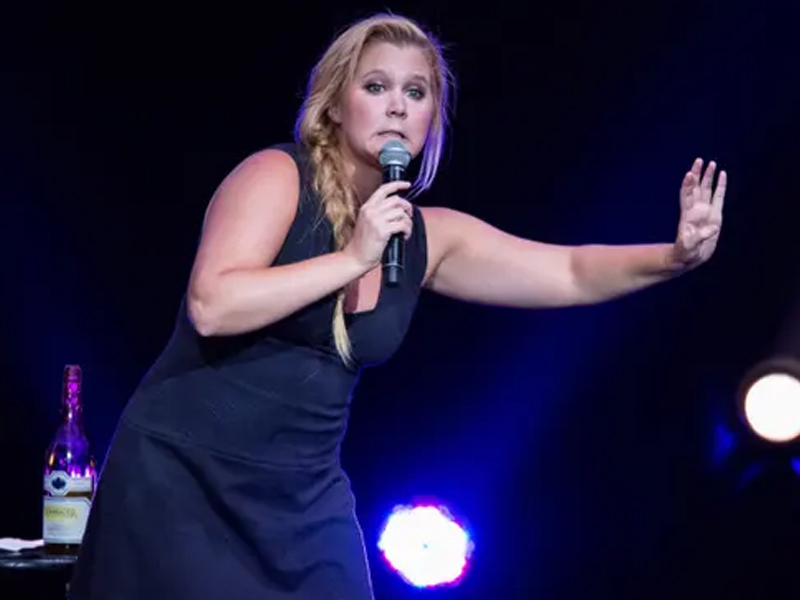 Amy Schumer is an American comedian, writer, actress, and producer. She is known for her self-deprecating humor that centers on subtle yet relatable topics of relationship problems, body image, and the challenges faced by professional women in the 21st century.

As an award-winning showbiz personality, Schumer might have done it all. Aside from her comedy, she is recognized and critically acclaimed as an actress, writer, producer, and director.

She started her career in the early 2000s and got her biggest break when she recorded a "Live at Gotham" episode for Comedy Central in 2007. She was also a contestant on the reality television talent competition show "Last Comic Standing" in 2007. Although she did not win, her stint at the famous show made her more popular.

She then went on to star in her own TV show, "Inside Amy Schumer," which started in 2013. She won several awards and recognitions for her show, including the 2015 Writers Guild Award for "Best Comedy/Variety Sketch Series" and "Primetime Emmy Award for "Outstanding Sketch Variety Series." She also received recognition from the Critics' Choice Television Awards, Television Critics Association, and Peabody Award for her outstanding show. In 2019, she was nominated for an Emmy in the "Outstanding Writing For A Variety Special" category for her comedy special "Amy Schumer Growing."

Her recent notable ventures in film and television include presenting the 2015 MTV Movie Awards and writing and starring in her own movie, "Trainwreck." She premiered the second season of her cooking show, "Amy Schumer Learns to Cook," with her award-winning chef husband, Chris Fischer, in August 2020. She also premiered her new comedy series, Life & Beth, on Hulu in 2022.

Now, she finally returns to the standup comedy stage in her "The Whore Tour." Starting this August 2022, she'll be rocking major venues in the US, including New Orleans' Saenger Theatre. Join Amy Schumer and laugh your night away this October 20, 2022 (Thursday). Grab tickets for her show as early as today and prepare for a night of genuine laughter from the one and only Amy Schumer!