Let’s groove tonight with the ‘70s most iconic band, Earth, Wind and Fire! This fall, the funkadelic act that took the world by storm during the disco era is embarking on a massive U.S. tour. Known for their megahits, “September,” “Let’s Groove,” and “Boogie Wonderland,” Earth, Wind, and Fire is stopping by several major cities, including New Orleans! Get ready to dance and groove at Saenger Theatre on Tuesday, 20th September 2022! If you love Earth, Wind and Fire, don’t hesitate and buy your tickets now because the band is set to perform all the hits and fan favorites! 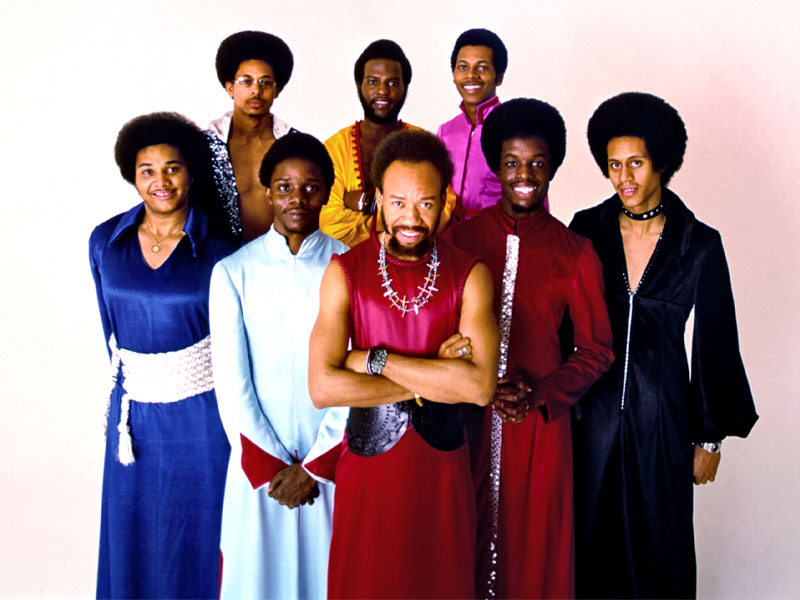 Earth, Wind and Fire were the kings and queens of funk and disco during the ‘70 and ‘80s. The Grammy Award-winning band has written and performed some of the most beloved songs from the era, and folks are still enjoying and dancing to their music until this day. Having emerged in 1971 with their eponymous debut album, Earth, Wind and Fire released their first-ever single, “Love is Life,” with much critical acclaim. They quickly released their follow-up albums, which received numerous high regards from fans and critics. In 1973, the band dropped their fourth studio effort, Head to Sky, which served as their breakthrough record. The album spawned the massive hits “Evil” and “Keep Your Head to the Sky,” which landed at numbers 50 and 52 on the Billboard Hot 100.

Two years after their breakthrough, Earth, Wind and Fire released another colossal hit, “Shining Star,” their first number 1 single on the Billboard Hot 100. The single was featured in the band’s sixth album, That’s the Way of the World, which also rose to number 1 on the Billboard 200 and Top Soul Albums charts. After their stellar success, Earth, Wind and Fire became a staple in the mainstream charts. Their 1978 single, “September,” became their landmark and most successful song. The single earned multi-platinum certifications in six countries, including the U.S., U.K., and Australia. Lastly, when people thought disco was over during the ‘80s, Earth, Wind, and Fire released the megahit “Let’s Groove,” debuting at number 3 on the Hot 100.