Having recently supported Cardi B at a string of shows earlier in the year, Baton Rouge rapper Kevin Gates comes to Saenger Theatre – New Orleans on Thursday 4th July 2019! Gates, whose most recent release was last year's mixtape Luca Brasi 3, teams slick Sourhern beats with gritty, confessional rap and is one of the most refreshing voices on the scene. Make sure you catch this local hip hop sensation at what is bound to be a full-throttle live show! 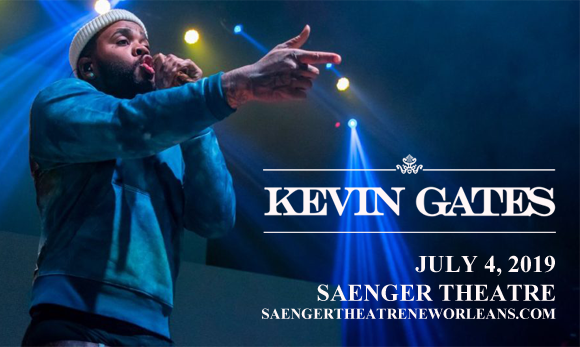 American rapper, singer, and entrepreneur Kevin Gates began his career in 2007 when he signed to local Louisiana label Dead Game Records. After the release of several mixtapes, including Stranger Than Fiction, By Any Means, and Luca Brasi 2, all of which peaked in the top 40 on the Billboard 200 chart, Gates released his major label debut album, Islah, in 2016. Islah peaked at number two on the US Billboard 200 chart and launched the singles "Kno One", "Really Really", "2 Phones" and "Time for That". His most recent release was the 2018 mixtape Luca Brasi 3.