Lauren Daigle will be stopping off in New Orleans for a special three night run at Saenger Theatre! Join her on Saturday 14th December 2019 for the second night of her Look Up, Child Tour, where she'll be performing tracks from the Grammy Award-winning album, as well as from her debut album How Can It Be! Not only will fans enjoy a full set from Lauren, but there'll be more music from special guest support act Scott Mulvahill! 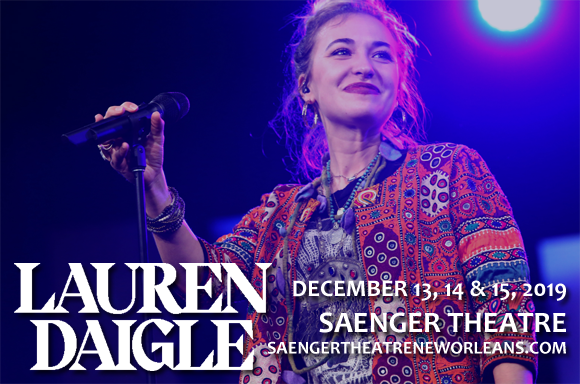