The funniest woman in the South is gracing Saenger Theatre with her hilarious stand-up comedy antics this May 20 that will undoubtedly make her New Orleans fan giggle in laughter. Join Leanne Morgan as she brings her Big Panty tour to the Bayou State and entertains her comedy fans with the materials that made her a household name in America’s stand-up comedy scene. Prepare to laugh at her relatable antics about dating, marriage, parenthood, and anything in between. If you haven’t got the chance to catch one of her “Big Panty Tour” shows in 2022, this is your chance to experience Morgan’s comedy which is made special by her southern charm and distinct humor. It is guaranteed that this will not only blow your socks off … but your big panties as well! Reserve your tickets now by clicking the “Get Tickets” link. 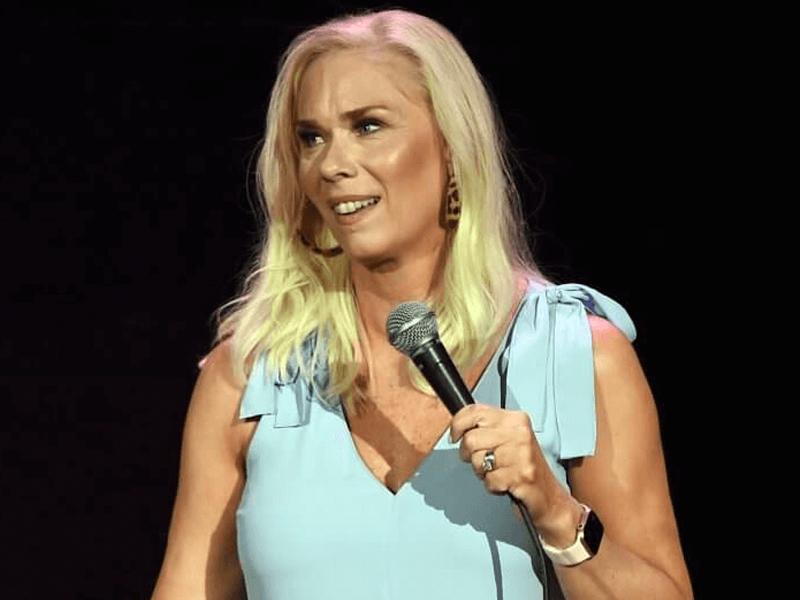 After more than two decades in the industry, Leanne Morgan has established herself as a top name among American stand-up comics. Her stand-up comedy career took off after her 2017 appearance at Dry Bar Comedy and her 2018 performance at Thou Shalt Laugh. She was also a headliner performer at Stand Up Nashville in 2020.  With her charming  southern demeanor and humorous anecdotes about her personal life, she unsurprisingly became a source of hilarious

With her charming southern demeanor and humorous anecdotes about her personal life, she unsurprisingly became a source of hilarious comedy gold. As a result, comedy lovers keep coming back for more.

She currently has a comedy special streaming on VidAngel called "So Yummy," and her videos on Dry Bar Comedy have racked up over 50 million views and counting. In addition, whenever she posts something new to her YouTube account, it immediately receives thousands of views, attesting to her ever-expanding fan base.

This 2022, Leanne Morgan has slated to visit a hundred cities all over the country for her "The Big Panty" Tour. Her shows, which are proving to be a massive success, have been added with new dates this 2023, including Saenger Theatre's May 20th run. After kicking off the tour in February this year, Morgan has been performing sold-out shows from one city to another. And her New Orleans show will definitely be another hit among audience members. Secure your tickets as early as today and prepare for an evening of hilarity that will knock your panties off!