Rain - A Tribute to The Beatles Tickets

A tribute to one of the greatest pop groups ever, Rain – A Tribute to The Beatles comes to Saenger Theatre – New Orleans on Sunday, May 21ST, 2023. Rain: Who can resist the Beatles, and who can afford not to see and hear the great songs and performances of one of the greatest of bands. This is an amazing musical tribute to the Beatles and later a theatrical production. Rain gives audiences the experience some of the unheard-of songs from the Beatles'. The songs will be performed live, and were never done so by the band itself. Initially starting as a touring road show in 2009, this tribute has developed into a very popular and sought after Broadway production. 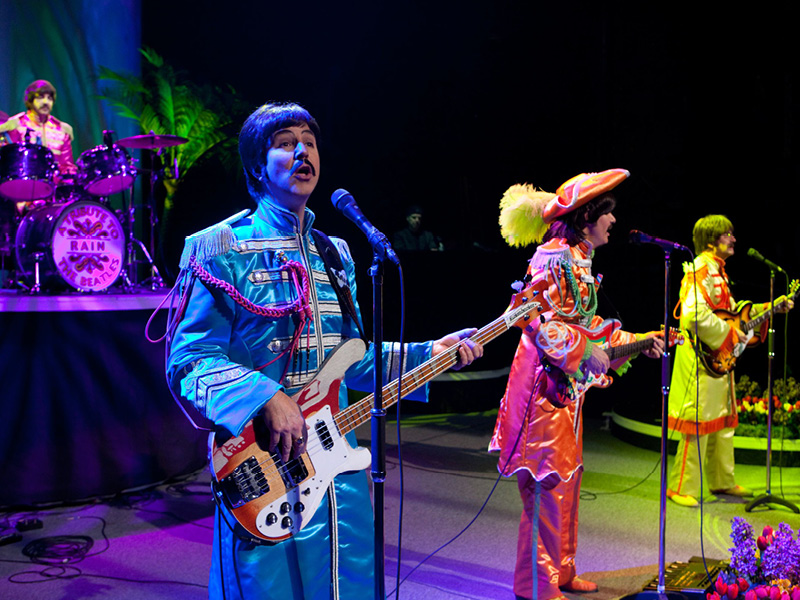 The band, ‘Rain’, began as ‘Reign’ in 1975, as a reference to the 1966 Beatles single "Rain," which was the B-side of "Paperback Writer". The band plays both original Beatles music and Beatles covers. The Rain Corporation took over management of ‘Rain’ who had performed mainly on the road until 2001.

In 2005, the management developed the show into a Broadway-style production, along the similar style as the 1977's Beatlemania. Originally, only about 30 songs are played in the show, in a rough chronological history of The Beatles and their music. There is very little dialogue during the performances, other than some onstage banter, but the show consisted mainly of renditions of some of the Beatles' original music.

Four actors open the show, portraying early versions of The Beatles' performing in the Cavern Club in 1962. This scene closes, and The Beatles then journey to America, starting their tour at The Ed Sullivan Show. As the time-lapse production progresses, The Beatles' performances and music are seen to be changing while their band grew in popularity, culminating with their performance at their largest concert in New York City's Shea Stadium. Some hallucinatory and psychedelic scenes are superimposed, signifying their increasing use and experimentation with substances and Eastern philosophies. The show culminates with the final breakup of the group towards the end of the 1960s.