Get ready to be spooked by the gayest queens alive at RuPaul's Drag Race Night of the Living Drag live on stage at Saenger Theatre – New Orleans on Saturday, 22nd October 2022. Inspired by Dante's "Divine Comedy", the show promises its divine queens throwing a horrifying star-studded drag spectacular. Starring the season 11 winner and "All Star" Yvie Oddly, together with a cast of daunting queens, the Night of the Living Drag creeps to haunt the night away. Featuring seven sinful queens, don't miss out on RuPaul's Drag Race's divine and horrifying Halloween special by booking your tickets now! 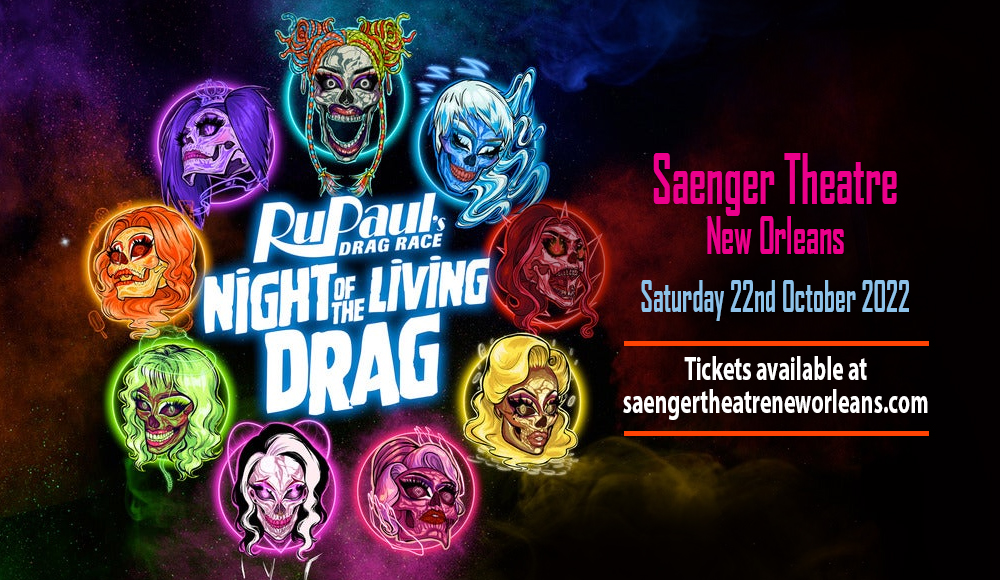 On its 11th run, the Annual Halloween spectacular of RuPaul's Drag Race, Night of the Living Drag, is set to throw the deadliest spectacle of 2022 featuring divine souls spooking the stage with a spectacular inspired by Dante's "Divine Comedy". Following your favorite boogieman, Yvie Oddly, the show sets to haunt and call the Souls of Seven Sinful Queens.

Joining the stage are drag queens Aquaria as Sloth, Asia O'Hara as Envy, Bosco as Lust, DeJa Skye as Greed, Kim Chi as Gluttony, Lady Camden as Pride, Rosé as Vain, and Vanessa Vanjie as Wrath. Together, the sinful queens are setting foot on stage to throw the deadliest and most wrathful spectacles this year has to offer.

Promising "an immersive experience with horrifying tableaux, state-of-the-art lighting and a spook-tacular sound system", fans can expect a world-class production where the queens conquer the stage in this ultimate Halloween spectacle.

As the queens make their annual deadly return with spooky performances, top-notch comedy, and daunting dances that rattles the souls of every audience, fans are in for big surprises as the eleventh staging of their highly-acclaimed "Night of the Living Dead" comes creeping out this October.

Get ready for the deadliest and spookiest Halloween of your lives at RuPaul's Drag Race – Night of the Living Dead live at Saenger Theatre – New Orleans this October 22nd by booking your tickets now!