This 2022, American comedian Taylor Tomlinson is all booked for her national headline outing, the Have It All Tour. The highly-regarded trek will cover several major cities in the U.S., including a coveted stop at the Saenger Theatre in New Orleans on Friday, 14th October 2022! Fans can expect an off-trend comedic style relatable to the younger audience. Expected to be the star of the next generation of stand-up comedians, Taylor Tomlinson is guaranteed to make the audience laugh out loud on this much-anticipated night at the Saenger Theatre. Don’t wait any longer, and grab your tickets to see Taylor Tomlinson light up New Orleans! 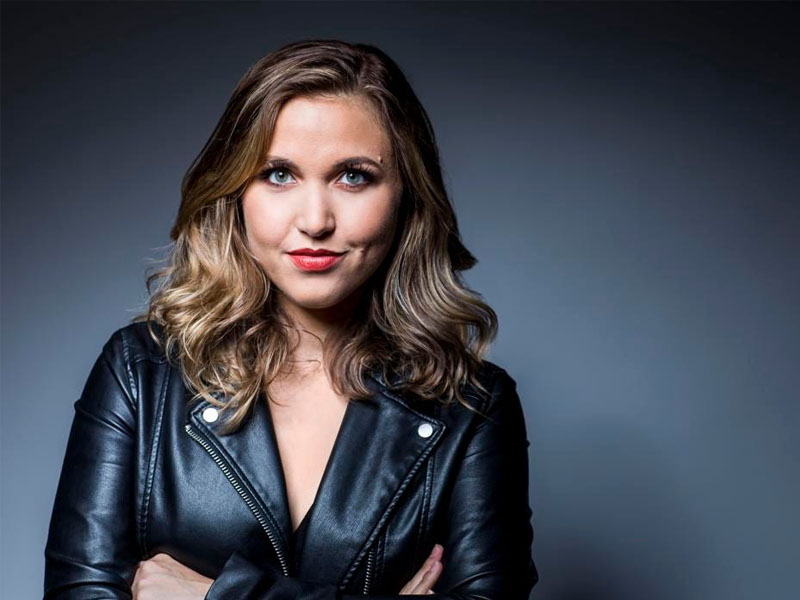 Growing up, Tomlinson had the support of her parents when it came to her stand-up comedy dreams. At 16, her father’s idea of bonding is enrolling themselves in a six-week stand-up comedy class led by the wholesome comedian named Nazareth. The course was Tomlinson’s first exposure to stand-up comedy, and after completing the class, she signed up for another one.

Taylor Tomlinson may be young, but she’s already in crisis. This is why the 28-year-old comedian appeals very well to her audience. Her cunning wit and unrelenting humor have brought her two Netflix specials: the aptly titled Quarter-Life Crisis in 2020 and Look at You in 2022. Tomlinson had set her goals even before her career took off. “My goal was to have a Netflix special by the time I was 30,” she mentioned during an interview. Now, the rising comedy star has two Netflix specials, and with her relatable but unpredictable humor, more opportunities are bound to knock on the young comic’s doors.

When watching her stand-up shows, one may have difficulty predicting when the next punchline will come out. During her 2022 Netflix special, Look At You, Tomlinson opened the show with some relevant sentiments about current events. “It’s been a rough couple of years,” she said. She looked poised to share her experiences with the pandemic. “I got bangs at one point.”

Her tight joke writing, confidence, and quick wit made her one of the youngest comedians to gain plenty of Netflix hours. Ultimately, this can be expected from a natural talent who became a top ten finalist in the Last Comic Standing’s ninth season. Moreover, Tomlinson has also appeared on the Tonight Show, Just For Laughs Comedy Festival, Conan, and several Comedy Central Productions.

Tickets to see Taylor Tomlinson at the Saenger Theatre-New Orleans are now available!