Comedian Tom Segura is bringing his bold comedy live back on stage and will be touring around the world this year. Grab your chance to watch Segura live in action as a part of his ‘I’m Coming Everywhere!’ Tour on Saturday the 16th of July 2022 at the Saenger Theater – New Orleans. Get ready to laugh and gasp as Segura delivers punchlines with his cool voice, voicing real-life stories with blunt honesty and dry humour. It will be a great evening and Segura is sure to amuse and shock, so make sure you are there and book your tickets now. 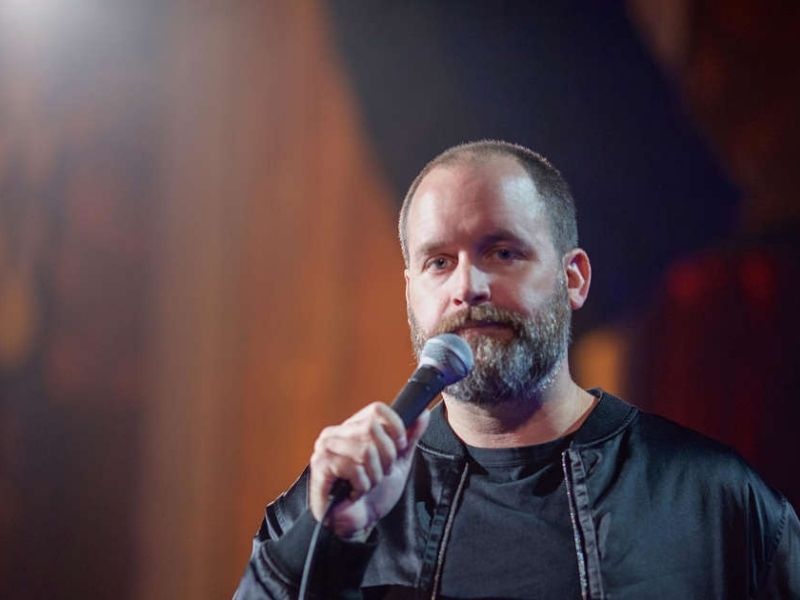 Tom Segura is one of the top-selling comic acts on the globe, having sold-out shows in various venues and selling hundreds of thousands of tickets on multiple international tours. Segura is returning to the stage with a quiet bang, his notoriously dry humour and soft speech reeling audiences in, rapt on his story before delivering his punchlines, a quiet but no less punchy style. His ‘I’m Coming Everywhere!’ 2022 Tour is highly anticipated, his improvisation in his live acts keeping audiences on the edge of their seats but also bringing hilarious and unexpected outcomes. Segura is also known for his Netflix comedy specials, ‘Disgraceful’, ‘Completely Normal’ and ‘Mostly Stories’, and his latest ‘Ball Hog’. But, Segura has built a comedic reputation with his podcasts, particularly two of them, which are the most popular comedy podcasts available – ‘Your Mom’s House’ with his wife, comedian Christine P. and ‘Two Bears, One Cave’ with fellow comedian Bert Kreischer. Alongside touring this year, Segura also has his book, titled ‘I Want To Play Alone’, being released. He re-accounts real-life tales on topics, such as parenting and celebrity encounters, with his renowned comic style. You will have a great night with Tom Segura on his ‘I’m Coming Everywhere!’ 2022 Tour, so make sure you are there!